Born in Montreal in 1965, Sylvie Bérard has lived in Ontario for over two decades. She is an associate professor and chair of the Department of French and Francophone Studies at Trent University, where she teaches Quebec, Franco-Ontarian, and French-language indigenous literatures and is affiliated with the Cultural Studies Ph.D. Program. Her scholarly research focuses on science fiction, queer issues, and Franco-Canadian literatures. She is the author of the monthly column, “La page décentrée,” for the newsletter produced by CCWWP (Canadian Creative Writers and Writing Programs). One of her latest papers is “À la recherche d’une littérature autochtone franco-ontarienne,” published in the April 2018 issue of Participe présent, the newsletter of the Association des auteures et auteurs de l’Ontario français (AAOF). Her published works include many short stories (in 2003, she received the Aurora Award for “La Guerre sans Temps”) and two science fiction novels, both published by Alire. Released in 2004 and published in translation by Edge as Of Wind and Sand, Terre des Autres (2004) received numerous prizes (Prix Boréal 2005; Grand prix de la science-fiction et du fantastique québécois 2005; and Prix des lecteurs de Radio-Canada 2006). La Saga d’Illyge followed in 2011. She is also the author of a poetry book, Oubliez (Prise de parole, 2017), which received the Trillium Award 2018 for best French-language poetry, and a novel-essay, Une sorte de nitescence langoureuse (Alire, 2017). Tannis Nielsen is a Métis Woman (of anishnawbe and danish descent,) with twenty years of professional experience in the arts, cultural and community sectors, and ten years teaching practice at the post-secondary level. Tannis holds a Masters in Visual Studies Degree (M.V.S.) from the University of Toronto, an Art and Art History-Specialist Degree from U of T, as well as a Diploma in Art and Art History from Sheridan College, in Oakville, Ontario.

In 2006, Tannis’s dissertation asserted the need for localized Indigenous contexts to be inserted accurately within the structures of the academy by visually illustrating the negative consequence of colonial trauma on Indigenous culture/land/language, familial relationships, and memory. Her text titled “Not Forgotten,” emphasized this positioning by repudiating the need of utilizing the constraints of an English/imperialist punctuation and capitalization in text. The focus of this text has led to a number of select invitational presentations which include lectures titled; “Deconstructing the Doctrine(s) of Discovery” for the Law Union of Ontario, “Global Cities - Indigenous Histories” at York University, “Sourcing Indigenous Ways of Knowing,” at McMaster University and “Academic Capitalism, Apartheid and Insurgency” at the Toronto Free Gallery.

As a visual artist Tannis’s practice includes: drawing, painting, new media installation, sculpture and performance. Since 2007 her media works have investigated the relativities between Indigenous science and quantum physics. Her emergence into this field was inspired by the seemingly random chaotic behavior of electromagnetic energy. In creating “static” (a large scale video projection) Tannis utilized electro magnetic energy as the main medium of creation, in a work that articulated her cosmological understanding of Creation.

Tannis has served on the Aboriginal Engagement Committee at UBC-O and has sat as Advisor to the Equity and Diversity Committee at OCAD-U, the Toronto District School Board, a member of the Toronto Native Community History Project and is the past President of The Association for Native Development in the Performing and Visual Arts (A.N.D.P.V.A.), a national Native arts organization in service since 1972. Tannis currently teaches in the painting and drawing stream at OCAD-U.

Sue Sinclair is the author of five books of poetry, most recently Heaven’s Thieves (Brick Books 2016). Her previous collections have all been nominated for awards including the Gerald Lampert Award, the Pat Lowther Award (twice), the Acorn-Plantos People’s Poetry Prize and the Atlantic Poetry Prize (twice). The Drunken Lovely Bird won the American Independent Publisher’s Poetry Prize and Mortal Arguments was a Globe and Mail “Top 100” book. In 2014 Sue was the inaugural critic-in-residence for CWILA (Canadian Women in the Literary Arts), and she currently teaches creative writing at the University of New Brunswick. Sue also works as a poetry editor for Brick Books. Margo Tamez (Dene Ndé; Lipan Apache Band of Texas) is an Associate Professor in the Indigenous Studies Program at the University of British Columbia | Okanagan, in unceded Syilx territory.

Tamez is the author of Raven Eye (University of Arizona Press, 2007), Naked Wanting (University of Arizona Press, 2003) and Alleys and Allies (Saddle Tramp Press, 1991). She’s currently engaged in community-based and place-based research focused on historical revivals, reclamations, and resurgence of Ndé peoples in the Texas-Mexico walled region. She is interested in asking new questions and enriching current knowledge about the synergies between Nde’ and the broader Dene decolonial and re-unification struggles and movements in Niguusdzán (western hemisphere). Daniel Scott Tysdal is the ReLit Award winning author of three books of poetry, most recently Fauxccasional Poems (icehouse 2015) and the poetry textbook The Writing Moment: A Practical Guide to Creating Poems (Oxford University Press 2014). Online, he runs the Fauxccasional Poems Video Project and he delivered the TEDx talk, “Everything You Need to Write a Poem (and How It Can Save a Life)”. Tysdal’s work has appeared in numerous journals and anthologies, including Best Canadian Poetry and Best Canadian Essays, and has earned him awards including honourable mention at the National Magazine Awards and the Thomas Morton Memorial Prize in Literary Excellence. He is an Associate Professor, Teaching Stream, at the University of Toronto Scarborough. In 2012, the UTSC student newspaper, The Underground, named him one of their four “Professors of the Year.” You can read more about his work at www.dstiz.com. After studying in many Canadian creative writing classes by night while working in the tech sector by day, helping CCWWP with its technical needs felt like a good fit for Edward. Despite all those classes, he hasn't written much (that he'd be willing to show you); he wishes he could be as obsessively focussed on writing his novel as he can be at wrangling troublesome web apps. 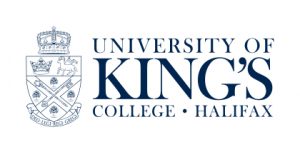